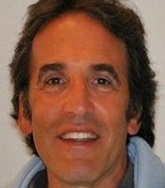 Denis Rothman graduated from l'UniversitÃ© Paris-Sorbonne and l'UniversitÃ© Paris-Diderot, writing one of the very first word2matrix embedding solutions. He began his career authoring one of the first AI cognitive Chatbot 30+ years ago applied to a cognitive & digitized language teaching Chatbot. He customized it for MoÃ«t et Chandon (LVMH) and scores of companies in various forms. He has authored a profit orientated AI resource optimizing system 30+ years ago including pattern recognition and learning algorithms. A subsequent version was written in Horn Clauses in Prolong for IBM and implemented in corporate environments. He also transposed it in C++, Java and it ran from 1988 to 2012. In the years after, he authored an AI APS (Advanced Planning and Scheduling) solution based on cognitive patterns and concept2matrix algorithms. This AI software is used worldwide to this day in the aerospace, train, energy, apparel and many other corporate fields. Denis Rothman is the author of Artificial Intelligence by Example (2018) published with 40 AI Python/Tensorflow opensource programs, an AI speaker, instructor and program designer. John Lizzi is the Executive Director, Robotics and Autonomous Systems at GEâ€™s Global Research Center where he leads the vision, strategy, and technical execution in robotics and autonomy. He and his team work across GEâ€™s industrial portfolio to drive robotics and autonomy across field, manufacturing, and healthcare domains. John sits on the Board of Directors of the Robotic Industries Association, Chairs the A3 Committee on AI, and sits on the Technical Advisory Committee of the Advanced Robotics for Manufacturing Institute. Over the past 18 years, John has held a number of technical program and leadership roles working closely with GEâ€™s business units and strategic partners. He attended Rensselaer Polytechnic Institute, graduating with an M.S. Degree in Computer and Systems Engineering after graduating with a B.S. Computer Science from Siena College. John also holds an MBA from the State University of New York at Albany. He currently holds 12 patents. John and his wife Kelly have 4 children and reside in Saratoga, NY. Timothy Sands completed his PhD at the Naval Postgraduate School and postdoctoral graduate studies at Stanford University and Columbia University. Having previously served as a university Chief Academic Officer, Associate Provost, Dean, and Research Center Director, he is currently the Associate Dean of the Naval Postgraduate Schoolâ€™s Graduate School of Engineering and Applied Science. Professor Sands is an International Scholar Laurette of the Golden Key International Honor Society, a Fellow of the Defense Advanced Research Projects Agency (DARPA), and panelist of both the National Science Foundation (NSF) Graduate Research Fellowship program and the National Defense Science and Engineering Graduate (NDSEG) Fellowship. He is also an undergraduate admissions interviewer at Stanford University. He has published prolifically in archival journals, conference proceedings, book chapters, one book, and several plenary, keynote and invitational presentations. Dr. Sands holds one patent in spacecraft attitude control. He publishes non-government funded research under his continued affiliation with Stanford University or Columbia University; while publishing government funded research under his affiliation with the Naval Postgraduate School.

High torque (or equivalently angular momentum) and singularityâ€free operations are key to rapid robotic manoeuvres, while the angular momentum space often contains mathematical singularities at angular positions where it is impossible to generate the requested change in angular momentum, while the singularities are derivable as singular inversion of a Jacobian matrix of angular gradients. Motion trajectories encountering these singularities diverge, reducing the usable momentum space. Utilizing a 3/4 skewedâ€pyramid of control moment gyroscopes, a procedure is illustrated to safely penetrate and traverse singularities anywhere in the momentum space, when these singularities stem from singular inverse of Jacobian matrices. The optimal singularityâ€free configuration is revealed first. Next, a decoupled control strategy is shown to reduce the remaining singular conditions. Analysis and simulation is provided to justify the argument with experimental verification performed on a freeâ€floating satellite simulator. Furthermore, a singularity penetration algorithm is developed, simulated, and experimentally proven to fly through singularities even without singularity reduction. The technology, at a basic level via the airport app, is ensuring customers are notified of accurate arrival and departure times, but for example the added extra is that it calculates how long a passenger can stay in their office if there is a delay. The argument goes that if the airlines are trying to differentiate on price, then the airports should have a go and differentiating on the experience. These is what has allowed such an AI and Big Data service to be introduced Intelligent industry (industrial environment) Intelligent transport (intelligent transport system , In aviation, its effects could include reducing travel time and increasing safety and passenger comfort; In Airports AI will improve the departure and arrival experience and help in decision-making process 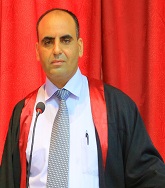 I got a Doctorate in 2015 from Tishreen University in Syria, Faculty of Agriculture, in the field of biological control of plant diseases and interpretation of the effect by using the methods of biotechnology mechanism. I got a Master's degree from Isfahan University of Technology in Iran and almost within the same area of his Doctorate in 2011. I has participated in many scientific conferences inside Syria and abroad and published during the Master's and Doctoral studies, several articles in scientific journals. Member of the Organizing Committee of some international conferences, member of the Arab Society for Plant Protection. I currently working as a Researcher at the Public Authority for Biotechnology in Damascus.

I currently working as a Researcher at the Public Authority for Biotechnology in Damascus. Professor Eduard Babulak, is accomplished international scholar, researcher, consultant, educator, professional engineer and polyglot, with more than thirty years of experience. He served as successfully published and his research was cited by scholars all over the world. He serves as Chair of the IEEE Vancouver Ethics, Professional and Conference Committee. 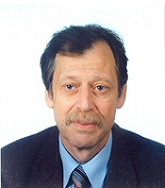 The first author, Andrzej Swierniak has completed his PhD at the age of 28 years from Silesian University of Technology and ten years after he received DSc (habilition) degree from the same Unvesrsity.. He is the director of Institute of Automation of the Faculty of Automatic Control, Electronics and Informatuics, and a full professor in Automatic Control and Biopinformatics. He has published more than 300 papers in journals (more than 100 indexed in WoS database) and has been serving as an editorial board member of widely recognized journals in his area of expertise. He is a Fellow of American Mathematical Society and a Senior Member of IEEE.

He is the director of Institute of Automation of the Faculty of Automatic Control, Electronics and Mathematical, and a full professor in Automatic Control and Biopinformatics. He has published more than 300 papers in journals (more than 100 indexed in WoS database) and has been serving as an editorial board member of widely recognized journals in his area of expertise. He is a Fellow of American Mathematical Society and a Senior Member of IEEE. 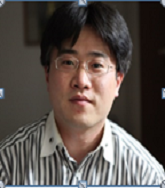 Jin-Woo Jung received the B.S. and M.S. degrees in electrical engineering and Ph.D. degree in electrical engineering and computer science from Korea Advanced Institute of Science and Technology, Daejon, Korea, in 1997, 1999, and 2004, respectively. Since 2006, he has been with the Department of Computer Science and Engineering, Dongguk University, Seoul, Korea, where he is currently a Professor. During 2001â€“2002, he was a Visiting Researcher with the Department of Mechano-Informatics, University of Tokyo, Tokyo, Japan. During 2004â€“2006, he was a Researcher with the Human-friendly Welfare Robot System Research Center, Korea Advanced Institute of Science and Technology, Daejon, Korea. During 2014, he was a Visiting Scholar with the Department of Computer and Information Technology, Purdue University, West Lafayette, IN, USA. He has published more than 50 papers in reputed journals and has been serving as an editorial board member of several journals including Journal of Fuzzy Logic and Intelligent Systems

He was a Researcher with the Human-friendly Welfare Robot System Research Center, Korea Advanced Institute of Science and Technology, Daejon, Korea. During 2014, he was a Visiting Scholar with the Department of Computer and Information Technology, Purdue University, West Lafayette, IN, USA. He has published more than 50 papers in reputed journals and has been serving as an editorial board member of several journals including Journal of Fuzzy Logic and Intelligent Systems. 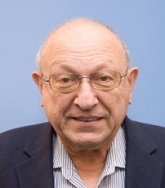 Ephraim Suhir is Foreign Full Member (Academician) of the National Academy of Engineering, Ukraine (he was born in that country); Life Fellow of the Institute of Electrical and Electronics Engineers (IEEE); the American Society of Mechanical Engineers (ASME), the Society of Optical Engineers (SPIE) and the International Microelectronics and Packaging Society (IMAPS); Fellow of the American Physical Society (APS), the Institute of Physics (IoP), UK, and the Society of Plastics Engineers (SPE); and Associate Fellow of the American Institute of Aeronautics and Astronautics (AIAA). Ephraim has authored about 400+ publications (patents, technical papers, book chapters, books), presented numerous keynote and invited talks worldwide, and received many professional awards, including the 1996 Bell Labs Distinguished Member of Technical Staff Award and the 2004 ASME Worcester Read Warner Medal for outstanding contributions to the permanent literature of engineering. He is the third Russian American, after Stephen Timoshenko and Igor Sikorsky, who received this prestigious award. 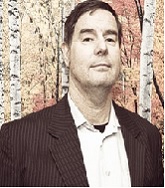 Peter is author of the popular report, â€œMachine Learning is Changing the Rules: Ways Businesses Can Utilize AI to Innovateâ€, published by O'Reilly. He is passionate about artificial intelligence and the positive changes this technology can and is bringing to society. Peter founded the AI consulting company, Deep Learning Partnership, www.deeplp.com in 2012 to carry out his mission of helping to bring AI to the world. He is also very interested in the latest hardware developments in neuromorphic and quantum computing and how they are set to impact advancements in AI, business and the world at large. As an entrepreneur Peter has founded companies in the AI, social media, and music industries. He advises and mentors technology startups and is a speaker at AI conferences and meetups. Peter founded the popular London Deep Learning Lab Meetup https://www.meetup.com/Deep-Learning-Lab/. You can follow him on twitter @PMZepto; his full profile can be found here: https://www.linkedin.com/in/peter-morgan-8b7ba2/. An accomplished Ph.D. mathematician, computer scientist and proven trailblazer. Results focused, his career to date is characterized by delivering demanding major projects to time and to budget. Prior to founding Moley Robotics, Mark was a co-founder and a major shareholder of a number of companies working in a healthcare sector in Russia and internationally. Earlier in his career, Mark exercised his passion for building successful products at Pavlov First Saint Petersburg State Medical University and smaller companies. Mark Oleynik is a driven leader and passionate robotics and healthcare expert. Moley Robotics has created the world's first fully automated and intelligent cooking robot. It learns recipes, cooks them and clears up after itself. Moley is turning the dream of unlimited access to chefs and their recipes worldwide into reality, with the option of the robot creating their dishes for you; producing meals from around the world or even cooking your own recipes and sharing them with others all in your own home.